This is Megacrania batesii, the Peppermint Stick Insect. It is the only member of the genus in Australia, and has a specialist diet feeding; only on Pandanus tectorius in the wild. Despite the plant being relatively widespread in north Queensland, M.batesii is confined to only a few areas; Cape Tribulation, Mission Beach and Innisfail.

These insects spend almost their entire lives sitting longitudinally along the pandanus leaves, which they feed upon periodically. Their common name is derived from their characteristic chemical defence. They have glands behind the head that can direct a considerable jet of a peppermint scented chemical at anything harassing them. I have had it on my hands countless times without issue, but getting it your eyes is another matter entirely. For a small predator, a blast of this at close range is bound to make it hesitate. The major component of the chemical is Actinidine which oddly enough is very similar to nepetalactone, the active component of Catnip. 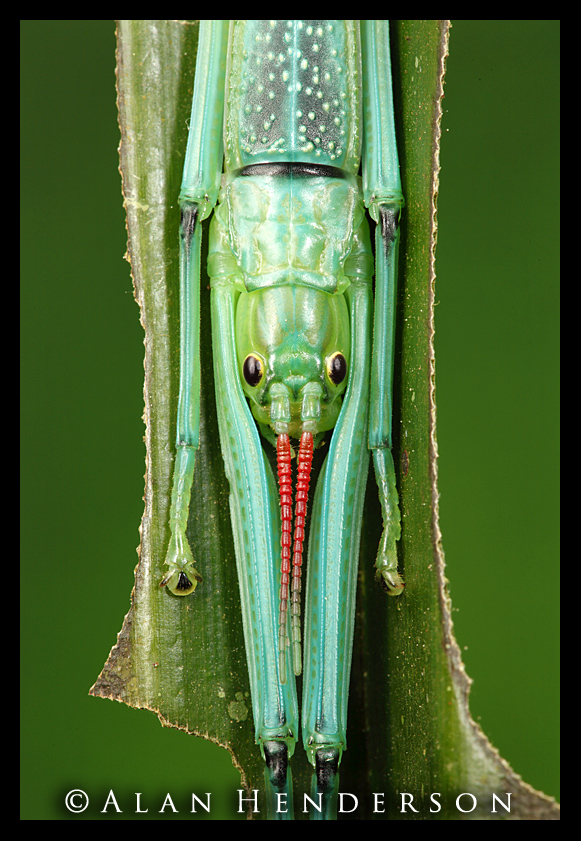 The ducts to the chemical glands are located on the pronotum immediately behind the head. They seem to have an ability to direct the spray in the direction of the threat. 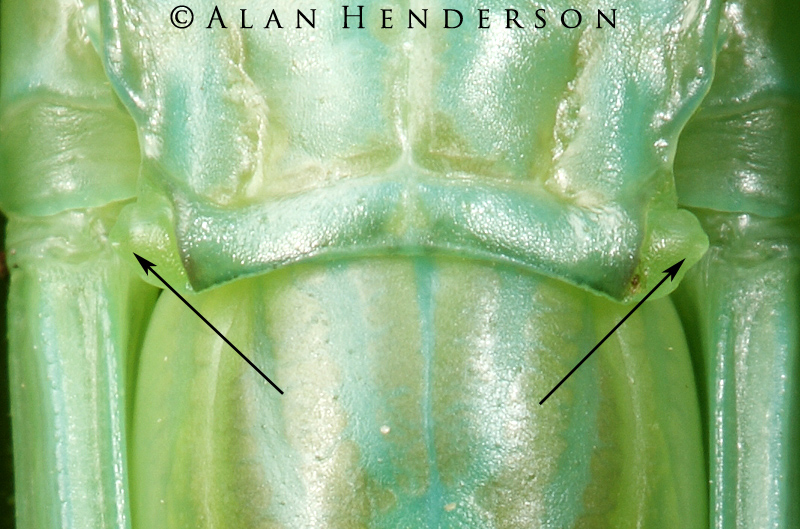